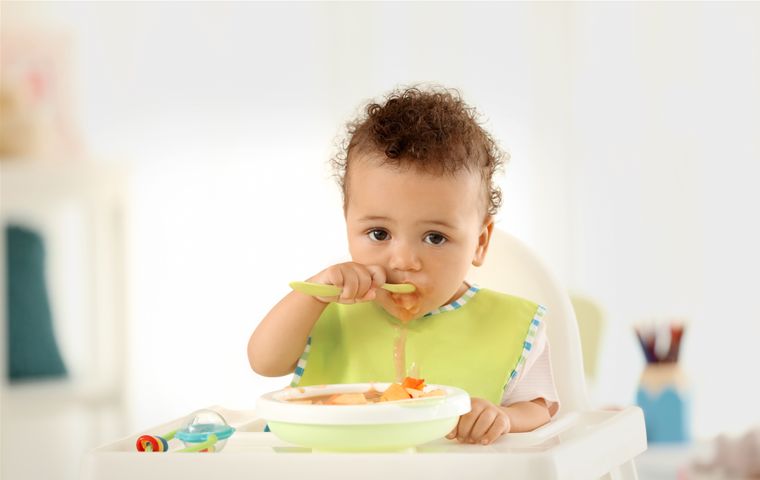 What is Baby Led Weaning?

Baby Led Weaning (BLW) is a way of feeding your child that involves letting your child take the lead and feed himself at his own pace, rather than you pureeing food and feeding your child. It allows your child to eat at her own pace, and also helps to support independence. Feeding oneself also helps to develop fine motor skills, which will later be used for writing. When my older daughter was about four months old, I remember having a brief discussion with my Doctor about when and how to begin with solids. She told me that some parents puree foods and some just give their child a chunk of banana. I had already done my research and had my mind set on trying out Baby Led Weaning so I was happy to hear this. For us it went really smoothly, but I also had a great Mom friend who was just a few months ahead of me in the process who provided tips and tricks for success. My daughter also was very eager to feed herself, and quickly began to eat a variety of different foods. She is almost two years old now, and I’m happy to report that she still eats most things given to her, with a few of her favorites being salad and olives!

You will know that your little one is ready when she is able to sit (with support) in a high chair, if she can put things in her mouth, and if she can reach for things and pick them up. Since my daughter was on the small side, I put a folded up towel behind her in the high chair, just so she could easily reach the tray. When purchasing a high chair, consider one that has a flat tray. Some trays have numerous sections or a high ledge on them, which makes it difficult for your little one to reach and pick up items. If your space is limited or for on the go, a Bumbo seat with a tray on it also works well. You may also want to look into getting a plate that will stick to your high chair, such as an EZPZ mat. Not only will having it stay in place help your little one when picking up items, but it will also stop dishes full of food being tossed on the floor.

So you’re ready to let your little one try out solids…now what? Remember that initially your child will be interested in exploring the food and will likely incorporate all of his senses. This is a completely new experience so don’t be surprised if your little one just gums their food to begin with instead of actually swallowing anything. Also, with this exploring, expect a mess! Food will be on the floor and all over your child. I chose a bib that could be easily rinsed off and I also bought one that would cover basically her entire shirt such as a Bumkins bib. Gagging on food is also expected, and this does not mean that your little one is choking! The gag reflex for babies is close to the front of their mouth; so gagging is likely going to happen as he begins to explore different tastes and textures. One challenge when your little one is starting to eat, is that you need to cut up food small enough that they can eat it with minimal or no teeth, but large enough that they can still pick it up. The pincer grasp (picking up things with the thumb and index finger) usually begins around seven months old, so it will get easier.

Foods to Begin With

When I began BLW with my daughter we started with a variety of different foods such as banana, avocado and cucumber (with the skin peeled off). I was gifted a wavy knife by a friend, as she told me that from her experience cutting ‘wet’ foods with ridges on them makes them easier to pick up. This tip was a lifesaver! I also steamed a variety of vegetables and then froze them so that I could access them quickly. A note when steaming vegetables is that you don’t want to over-steam them or they’ll be too mushy to pick up. Also cutting up foods into different shapes will interest your child in different ways (e.g., carrots cut into spears and into circles). For foods like avocado or potatoes, I also would put them on a spoon and then set the spoon on the tray for my daughter to pick up and feed herself with. This allowed my daughter to be in control of what she was eating and it was amazing to see that by six months old she was able to bring a spoon to her mouth and feed herself. We also discovered fresh food feeders that we would use with foods such as frozen berries or other mushy fruit. Although the foods were still messy, it kept the mess contained.

Eating on the Go

With BLW, eating on the go is made easier, as you don’t have to worry about packing up purees or whether you’ll be able to find a spot to feed your baby. Once my daughter had tried a few different foods, I would pack up our Yumbox with a few different things and let her eat while we were out. Initially I would hand her one item at a time, but as she became more self-sufficient I let her pick up her own food from her bento box. Now that she is a toddler she enjoys picnics and is now eager to choose what we pack for her lunch. 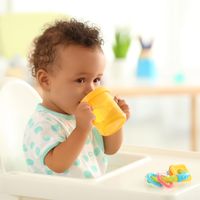 Up Next on Childhood...
The Best Sippy Cups For Babies And Toddlers Of All Stages
Share
Pin It
Tweet
Email
Comments

Julie May
Julie has been a teacher since 2006 and has many years of experience working in Kindergarten and first grade. Since becoming a Mom, with two girls under 2, she has had the opportunity to use her knowledge of child development and provides her daughters with open-ended learning experiences. She believes that children learn best by exploring and experimenting with natural real-life materials and that the process involved in the learning is more important than the final product. When she’s not spending time with her family, Julie enjoys being outside and relaxing with a good book. 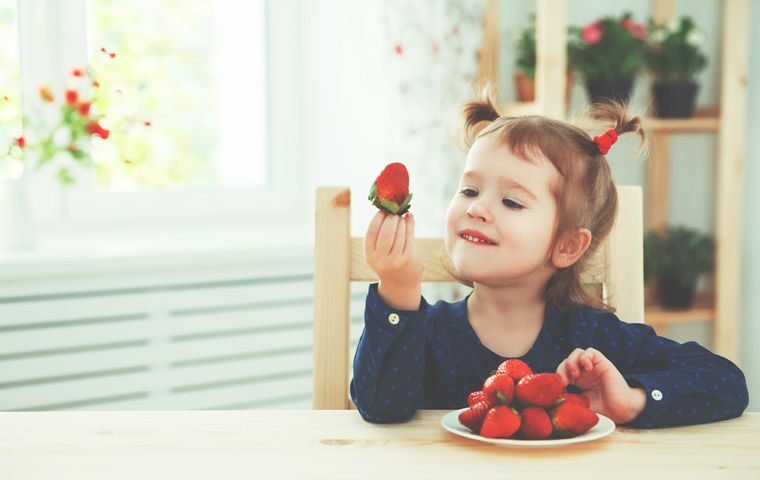 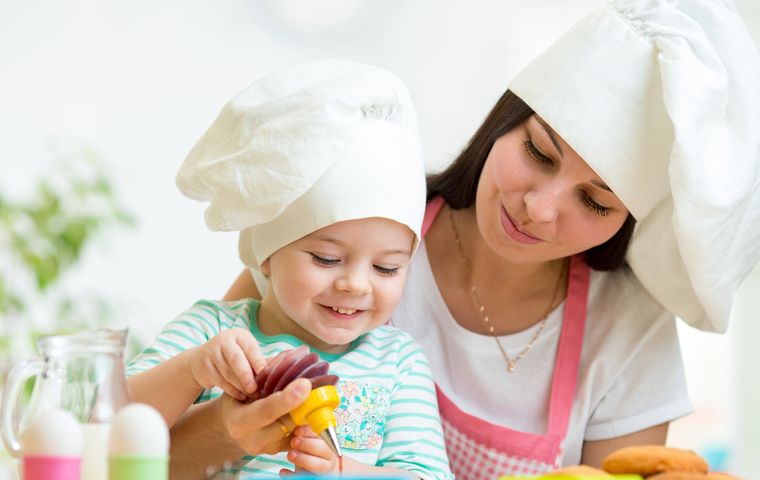 The Best Sippy Cups For Babies And Toddlers Of All Stages 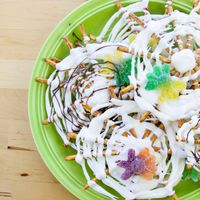 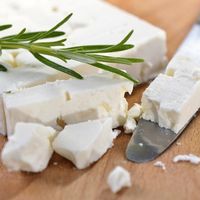 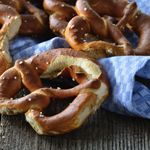 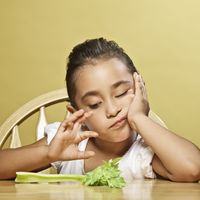 Clever Ways to Get Your Kids to Eat More Vegetables 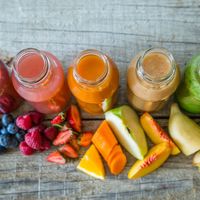 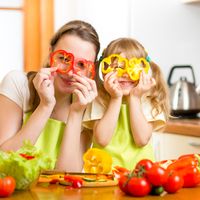 How to Make Vegetables Fun for Your Kids 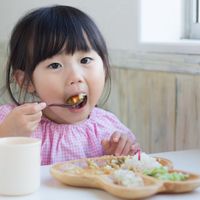 Top Foods Your Child Should Be Eating Every Week 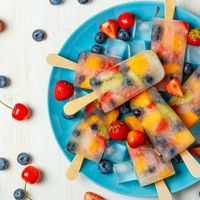 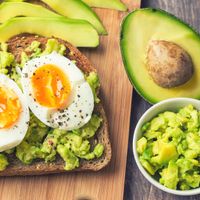 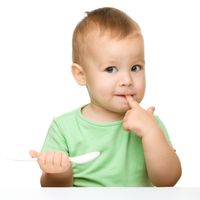 The Best Finger Foods For Babies 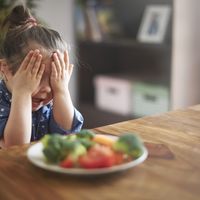 Eat Your Veggies! Kid-Approved Recipes You Can Hide Fruits and Veggies In
System1 LLC © 2022. All Rights Reserved.