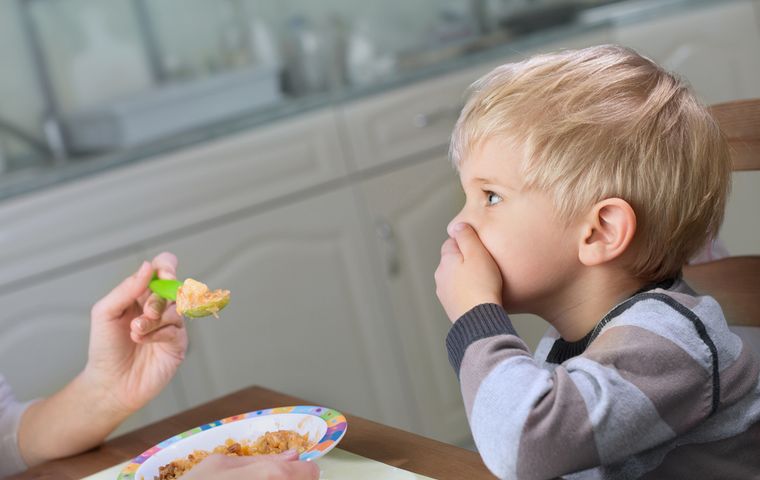 Eating patterns that begin in childhood affect health and well-being across a person’s lifespan. Nutrient deficiencies in children often start during pregnancy and are tied to the nutrient levels of the mother. While most deficiencies are related to a child’s eating habits there are many cases in which a deficiency cannot be alleviated by dietary changes alone and may require supplementation or medical care. With a recent focus on healthy eating and education on childhood development, many vitamin and mineral deficiencies have become far less common than in previous decades. Giving your child the best possible start when it comes to their health is of paramount when it comes to being a parent.

Vitamin D, the “sunshine vitamin,” is produced when the sun’s rays interact with our skin. Vitamin D is a fat-soluble vitamin that is naturally present in very few foods, added to others, and available as a dietary supplement. It helps build stronger bones in children by increasing the absorption of calcium. It also improves the function of muscles, which can improve your balance and decrease the likelihood of your child falling and suffering a fracture.

Playing outdoors in the sunshine and eating foods fortified with this critical nutrient is vital to boosting children’s levels. Some foods that can be used to increase vitamin D include fatty fish like tuna, mackerel, and salmon as well as egg yolks, and mushrooms. Vitamin D Fortified foods are also an option as well as an Omega-3 fish oil supplement which not only includes vitamin D but has been proven to improve cognitive function and prevent heart disease.

Iron is an important dietary mineral that is involved in various bodily functions, including the transport of oxygen in the blood. This is essential in providing energy for your child’s daily life. Iron is also vital for brain development. Babies, toddlers, preschoolers, and teenagers are at higher risk of iron deficiency, mainly due to increased iron needs during rapid growth periods. Without intervention, a child whose diet does not provide them with enough iron will eventually develop an iron deficiency anemia.

An iron deficiency can manifest itself in a multitude of ways including fatigue, loss of appetite, irritability, behavioral problems, breathlessness, and stunted growth. Iron deficiency prevents the body from producing enough healthy oxygen-carrying red blood cells and can lead to anemia, which means you have too little hemoglobin.

If left untreated, an iron deficiency in a child can have profound effects on long-term health. Fortunately, iron-rich foods are readily available and include lean red meat, chicken, and fish. Using an iron supplement is also an option but overconsumption can lead to adverse and often dangerous effects in children. Children under the age of 14 shouldn’t take more than 40 milligrams a day, make sure you consult a physician before starting a treatment plan for your child.

Childhood is an important period of time for the development of strong and healthy bones. Children who get enough calcium start their adult lives with the strongest bones possible protecting them from ailments later in life. Children need an adequate amount of both calcium and vitamin D in order to prevent a disease called Rickets which softens the bones and causes bowed legs, stunted growth, and sometimes sore or weak muscles. Calcium is also essential for healthy muscle function, nervous system, and heart.

Early signs of a calcium deficiency in your child often come in the form of muscle cramps. Cramps and muscle aches in the arms, underarms, and thighs are a common occurrence. Difficulty sleeping is another early sign of calcium deficiency in children and is often a result of the aches and cramps. Brittle nails and delayed development of enamel in the teeth of children is often linked to a lack of calcium in the diet of children.

Children need a surprising amount of calcium ranging from 700-1000mg per day from infancy to the age of 9. Thankfully, calcium-rich foods are readily available in North America and include milk, leafy greens, yogurt, cheese, beans, lentils, almonds, sardines, and canned salmon among many others. An adjustment to the child’s diet is often a sufficient treatment for a calcium deficiency but in more severe cases a supplement may be necessary.

Mild-to-moderate zinc deficiency is relatively common, affecting up to one-third of the global population. While severe zinc deficiency is rare in North America, a deficiency in children can result from an inadequate dietary intake, reduced absorption due to diarrhea or malabsorption syndromes, or a diet that is high in phytate. Zinc is important for numerous functions and supports growth and development during pregnancy, childhood, and adolescence.

Zinc deficiency in children can often manifest itself in the form of a loss of appetite, stunted growth, and impaired immune function. In more severe cases, it can result in hair loss and chronic diarrhea as well as contribute to autism and cognitive function. Early signs include white spots on your child’s fingernails, frequent colds, loss of taste or smell, acne, and wounds that are slow to heal.

A child who eats a wide variety of foods including lean meats, fruit, vegetables, and dairy products is less likely to suffer from zinc deficiency. As with most vitamin deficiencies treatment is often as simple as increasing your child’s intake through a diet of zinc rich food such as yogurt, chickpeas, milk, baked beans, oatmeal, and fortified cereals. A zinc supplement is also a viable option for children who are unable to get the desired amount through dietary intake.

As is the case with many vitamin deficiencies in children, the amount of B12 needed during the early years is dependant on the B12 status of the mother and how much of the vitamin was available during pregnancy. Vitamin B12, also known as cobalamin, is an important water-soluble vitamin that plays an essential role in the production of your red blood cells and DNA, as well as the proper functioning of a child’s nervous system.

There are many symptoms linked to vitamin B12 deficiency with some of the earliest signs coming in the form of weakness, fatigue, headaches, lack of appetite, and irritability. Causes of a vitamin B12 deficiency in children can be divided into 3 categories: reduced intake, malabsorption, and congenital errors in the transport & metabolism of vitamin B12. Prolonged deficiency is linked to delayed growth, developmental delay or regression, seizures, jaundice, and anemia.

A mild deficiency may be alleviated by a dietary adjustment or the removal of the underlying cause with the addition of good supplement. Foods that are high in B12 include animal products such as fish, meat, poultry, eggs, and milk products. In many cases, however, the cause cannot be removed and permanent treatment with vitamin B12 injections will be necessary.

Magnesium deficiency, also known as hypomagnesemia, is an often overlooked health problem among children. A vital nutrient for the health of children, magnesium is essential for 700 – 800 enzymatic processes throughout the body. Magnesium is important for many processes in the body, including regulating muscle and nerve function, blood sugar levels, and blood pressure and making protein, bone, and DNA. While magnesium deficiency isn’t one most pressing issues among children, studies suggest that a good portion of kids are not meeting their recommended intake.

Early cues that your child may be suffering from a magnesium deficiency include muscle twitches and cramps as well as fatigue and muscle weakness. Mental disorders including apathy, depressions, or anxiety are also linked to this deficiency although they may be harder to diagnose in children. A prolonged deficiency can lead to osteoporosis, high blood pressure, asthma, and an irregular heartbeat.

Although many children don’t reach the recommended dosage for magnesium, there are plenty of magnesium-rich foods to choose from. It is widely found in both plant and animal-sourced foods. The richest sources are seeds and nuts, but whole grains, beans, and leafy green vegetables are also relatively rich sources. Child-friendly snacks such as almonds, pumpkin seeds, avocado, bananas, peanuts, popcorn, and dark chocolate are a great source of magnesium.

Iodine deficiency is a lack of the trace element iodine, an essential nutrient in the diet. The body needs iodine to produce thyroid hormones that help regulate growth, metabolism, heart rate and a host of other vital functions. Children on restrictive diets (or who are extremely picky eaters) could be at risk for low iodine levels that can hinder growth and bodily functions. The rise of restricted diets used to help with conditions such as autism and behavioral issues has led to increased occurrences of this deficiency that was more common in the early twentieth century.

The body does not naturally produce iodine, therefore it is necessary for children and pregnant mothers to consume iodine in their diets to prevent the development of conditions like hypothyroidism, goiter and pregnancy-related illnesses. Some visual cues that your child may be iodine deficient include swelling of the neck (goiter), unexpected weight gain, fatigue, weakness, dry skin, and hair loss. A child may experience cognitive issues including trouble learning and remembering and may feel colder than usual.

Dietary changes are often an adequate treatment, foods high in iodine include iodized salt, seaweed, yogurt, eggs, canned tuna, shrimp, and dried prunes. Iodine supplements can also raise the levels in a child returning their thyroid to proper function. If you think your child may be iodine deficient you can purchase an over the counter urine test or consult your doctor.

Important Reasons You Should Bathe Your Kids Less