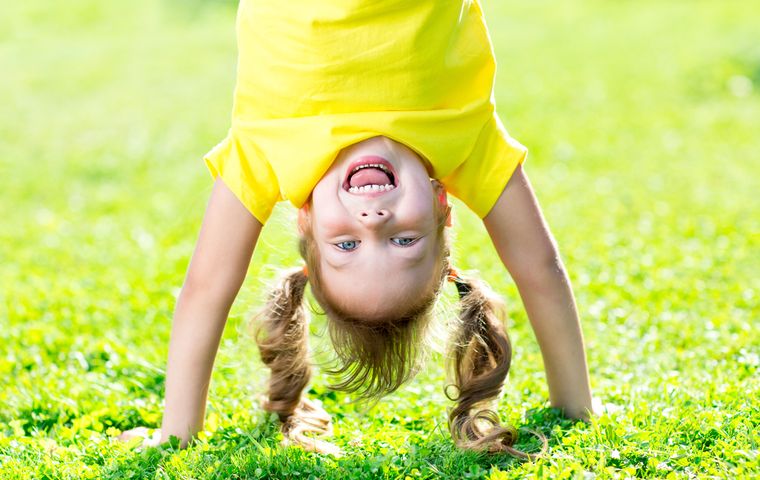 Whether your kid is 2 or 12, there should definitely be some time set aside for them to play outside the confines of the home. It could be a family group activity (for younger children), but your little one may want some more independent playtime (or with friends) when they get older.

While it’s okay to have a bit of time inside playing video games, chances are your kid is not moving around much or getting the benefits that come with being outdoors. It might take some doing to convince junior to take their fun outside, but once they realize how great the outdoors are, it’ll be child’s play for them. Let’s look at six benefits of playing outside…

According to TheRecord.com, kids who play outside regularly tend to have better distance vision than those who play inside all the time. The source cites a study by the University of Waterloo’s School of Optometry and Vision Science and CNIB (both in Canada) says that even an extra hour outdoors every week can help save a child’s vision down the road.

The article also points out that myopia (near-sightedness) increases from 6-percent to 29-percent for kids aged between six and 13. “Historically, it was around age 12 or 13 was when myopia started,” adds the source. The study found that 1-extra hour of outdoor play per week reduces the chance of myopia in young people by 14-percent, it adds.

GoodRelaxation.com talks about the many benefits of breathing fresh air (not for kids specifically, but presumably for anyone at any age). Staying in a sealed environment means you’re breathing “stale air,” it notes, and studies have said that indoor air is up to 5-times more toxic than outdoor air.

The source explains that fresh air helps promote a healthy body, and that extends to digestion (letting your kid play in the backyard after dinner could be especially beneficial), blood pressure, mood, immunity (white blood cells that kill germs thrive on oxygen), and even increased energy and more clarity in thinking.

While you can find this vitamin (which is actually more of a hormone) in some foods, many Americans are lacking in it, which can lead to trouble concentrating, fatigue, and even softer bones. One of the best sources of Vitamin D is the sun, and it’s hard to get that in the basement playroom.

However, also be aware that kids could be more susceptible to sunburn (and dehydration), so take precautions to ensure the sun doesn’t do them more harm than good. Sunscreen theoretically blocks some of the UV rays from the sun that translate into Vitamin D production, however your child will still end up getting some rays one way or another.

Having your kid glued to a screen indoors could mean lower attention spans, but Care.com says that letting them explore outside can extend a “self-directed” attention span (meaning you won’t have to tell them to do anything, they’ll want to make their own fun).

The source also says that playing outside can help kids diagnosed with ADHD, which is on the rise in the U.S. “Exposure to natural settings through after-school and weekend activities may be widely effective in reducing attention deficit symptoms in children,” it explains.

We’ve already mentioned that actively playing outdoors can improve your child’s mood (thanks in part to increased blood flow to the brain), and being inside all day can make kids cranky. WhereICanBeMe.com explains that a better mood makes it easier for junior to socialize with their friends. “I think we can all agree that it’s much easier to socialize when we are in a good mood,” it notes. “While you probably won’t see a total turnaround in your child’s social skills just by encouraging outdoor play, odds are it won’t hurt.”

The source has a short list of outdoor games for your child to take part in that encourage socializing, from freeze tag to Red Light/Green Light. Or, you can let your child make up their own fun games, which ‘will help them with creative thinking and problem solving,” adds the source.

EarlyChildhoodNews.com explains that your child may actually gain an advantage in learning when they are allowed to roam free outside. As we noted before, kids can make up their own games, and they’re more likely to do this when they’re out of the house, according to the source.

Aside from that, mastering basic skills is also made easier outdoors, it adds. “The outdoors is the very best place for preschoolers to practice and master emerging physical skills,” explains the source. They can also improve their hand-eye coordination through playing catch or improve motor skills like running with much less risk of running into something and breaking it (or themselves).